Steven Pressfield, The War of Art 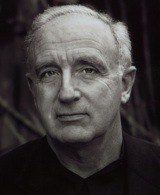 Steven Pressfield was one of the very first people I interviewed as part of this series, so it’s a pleasure to finally release it “from the vault.” I’ve even had people emailing me asking when he was going to make an appearance – yep, he’s that good!

Steven is a writer.  He’s most commonly a historical military novelist, and his best known book of that genre is Gates of Fire.  But I know him for what was a detour off the path for him, The War of Art.  This is a fabulous book, nominally about the discipline it takes to be a writer but I think really applicable to what it takes to do Great Work.

In The War of Art Steven talks about what the difference is in those that approach their work as a professional and those that approach it as an amateur, and addresses ways of overcoming resistance – that familiar tug on the shirt well-known to anyone setting off on a Great Work journey.

In this interview we hear a little of Steven’s journey to become a successful novelist, explore how to overcome fear and resistance – and you find out just what he’d like to do to overnight successes…

Listen to my interview with Steven Pressfield.

0:26 Some of Steven’s books The War of Art, Gates of Fire, The Legend of Bagger Vance, Killing Rommel

5:23 Find out just what he’d like to do to overnight successes…

8:37 Explore how to overcome fear and resistance

14:50 How to find out more about Steven Pressfield

What’s the difference between self-publishing and the traditional route?
Is it time to embrace random?