The Evolution of Coaching

When we think of how coaching cultures rise or fall within organizations and how coaching becomes part of the way we do things around here, it’s worth bearing in mind the great man’s words:

“It is not the strongest of the species that survives,
nor the most intelligent that survives.
It is the one that is the most adaptable to change.”

Is your coaching culture destined to be a Dodo?

Here’s the typical and all-too-depressing evolution of many organizations approach to bring coaching in-house.

And meantime, someone on the senior leadership team reads a good article about coaching…

Who’s actually pretty thrilled, because HR has long been a fan of coaching…

Which sets to concrete those managers prejudices against coaching, but it’s clear this is divorced from the real world where people have to get things done.

Which confirms that everyone should keep on working the way they’ve always been working.

And everything that coaching could and should contribute to the organization’s success – more focus on what matters, more striving for Great Work, more impact in the work you do, more internal capacity – goes away and dies a quiet death in a corner somewhere.

Three critical factors for coaching to work in your organization

So if the usual path is an evolutionary dead-end, let’s look to see what allow your coaching program to adapt, become resilient and flourish.

1. Make coaching not an end but a means to an end

Coaching has to serve a business objective at the organizational level, and it has to be useful for both coach and coacheee at a personal level.

The reason I rail against the stated goal of creating a coaching culture is that it puts lots of coaching down as the measure of success.

Coaching, sure. But for the sake of what?

2. Make coaching something for normal people

Somehow coaching has become Coaching, a peculiar and slightly unnatural way of behaving. It’s like a fetish. Fine if it’s practiced between two consenting adults in private, but just don’t include me in it.

But Peter Block said it best: “coaching isn’t a profession but a way of being with each other”.

And all managers and leaders know far more about coaching than they’re given credit for (by themsleves and by others).

Help them see how coaching is just another managerial tool to help them have more impact in the work they do, and it becomes something they can step towards rather than back away from.

You’ve probably experienced it yourself. You go on a coaching skills training program, and whether it was bad, good or outstanding, within two weeks you’re back to behaving in the same old way. Nothing seems to make it out of the training room and into the meeting rooms.

That’s because training is a pretty lousy way of trying to shift ingrained behaviours. Let’s face it – if you’ve behaving in a certain way (let me tell you what to do/let me solve that for you) for the last 5 – 40 years and getting rewarded for it, 6 hours in a classroom is unlikely to have much effect.

But there are ways and means of creating a program that is connected to the strategic priorities of the organization, that acknowledges the reality of most managers’ working lives, that doesn’t begin and end in a workshop, and that allows people to move from a little less advice and to a few more questions.

Find something or create something that allows managers and leaders to strengthen their coaching skills. Typical Coaching Skills for Managers training just isn’t going to hack it.

What’s worked for you?

You’ve seen places where coaching has become a key part of the way stuff is done. 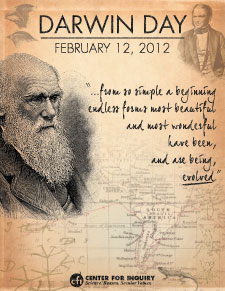 8 Responses to The Evolution of Coaching