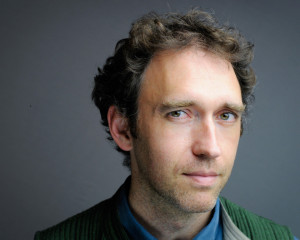 As anyone listening to this interview probably knows, I’ve written a book called ‘Do More Great Work.’ So when I came across a book called ‘How to Find Fulfilling Work,’ the title grabbed me straight away. It’s written by Roman Krznaric, a philosopher, writer and teacher, and he’s here to talk with me today. We’re going to dig in and hear his insights on how to get more joy, fulfillment and meaning out of your work.

In this interview, Roman and I discuss:

Listen to my interview with Roman Krznaric.

0:0:00: Roman elaborates on his career path, explaining that his book, ‘How to Find Fulfilling Work,’ grew out of his work with The School of Life in London, England. Michael asks whether the quest for meaningful work is something only a privileged few can afford to pursue. Roman says that there is a widespread shift in Western societies toward expecting more from work than just a salary, and that it isn’t only for the wealthy or the “pot-smoking yoga addicts of the world.”

0:5:10: Michael asks whether the rising incidence of job dissatisfaction is all about individuals’ attitudes and choices, or whether organizations can play a role in helping workers find fulfillment. Roman explains that organizations can benefit from creating a more human working environment, in which there is communication between workers in different hierarchies. By doing so, organizations would be more aware of their workers’ latent talents, and be able to develop them in a way that benefits both the individual and the organization.

00:10:02: Roman introduces the idea of experimentation as a way to find one’s true calling, and Michael asks where we can look to find the courage to change. Roman explains that people tend to exaggerate their own weaknesses. He points out that the prospects of trying a new job or career aren’t as negative as people think they are, and that people who find satisfaction in life are those who have been willing to take risks. Michael and Roman discuss the philosophy of regret, and note that one of the top five regrets of the dying is that they wish they hadn’t worked so hard in a job they didn’t enjoy.

0:15:02: Roman explains how people can use the “map of choices” to identify their own life patterns. He and Michael point to examples of people who have found fulfillment by living “life in reverse” and experimenting with a variety of job possibilities.

0:20:00: Reflecting on the traditional approach to career counseling, which involves making lists and considering prospective careers before diving in, Roman suggests that it’s better to flip that on its head and to “act first and think afterwards.” He and Michael reminisce about some of their own failed career attempts, pointing out that we often find our way by failing repeatedly.

0:25:00: Michael concludes by asking Roman to direct listeners to where they can find more information about him and his work.

Like a daily dose of inspiration! Get blog posts
delivered directly to your inbox.
Get email updates
Get RSS updates
One essential secret of productivity: how to nap effectively
Great Work Provocation

One Response to Roman Krznaric, How to Find Fulfilling Work