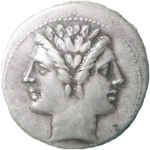 We’re at that Janus moment of the year, that turning point where we both look forward and, if we’re smart, look back. I know the temptation right now is to hustle out the rest of the year and charge onwards on to 2014 … but what if you stopped to figure out what were the A-Ha’s of the year now passing?

This is more than just a pleasant exercise. In some ways, it’s a moment to recognize a new you. You’ve probably stumbled across the idea of neuroplasticity by now – in short, you can teach old dogs new tricks – and those new neural pathways and connections that become your increased capacity and potential happen at the moment of insight.

I’d like to challenge you to reflect on three key lessons … and for the sake of drama if nothing else, here’s a space for you to reflect on and jot yours down before I reveal my own. (If it’s easier, grab a fresh piece of paper and capture your three moments there.)

For those of you who’ve rushed on without writing anything down … go on, just stop for 45 seconds to jot your insights down. Really. It’s a good thing to do.

Did you notice the coup that has happened at Box of Crayons?

The VP of Everything Else, a woman whose talents also extend to having been the woman in my life for the last 21 years, seized control to become CEO.

Now, I once accused my first boss (in an act of bravado that drank deeply from the glass of stupidity) of needing to have a finger in every single pie. In other words, he was something of a control freak. (Sorry about that, Matt.)

So imagine my annoyance over the years as I’ve discovered that I too am that sort of boss. (Sorry about that, everyone.)

And now imagine my double dose of annoyance when I discover it’s now almost impossible for me to be that sort of boss.

Watching the VPoEE slowly back me into a corner has been like watching someone play the ancient game of Go. No matter how cunningly I tried to position my white stones, she’d put down a black one that would flip things around and render part of the board inaccessible to me.

I’ve still got a small patch of white stones, and I’m learning to be happy about it. My role at Box of Crayons shrinks and sharpens, which means that others can step in and do a better job than I might have. 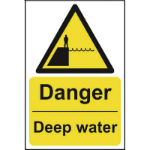 In related news, I’ve spent a certain amount of time in the past finding fairly small ponds and hanging out in them as the bigger fish. What can I say? There’s something very gratifying at a deeply primitive level at holding on to that status.

This year, I’ve ventured out into deeper waters. Less splashing in the shallows and more going beyond my depth.

I’ve deliberately found myself with people smarter, wiser and more experienced than me. People who – not that they’d actually ever say this – could look at what we do and say: you’re very good amateurs.

Now, this isn’t a plea for sweet protestations from you to say, “No no Michael – you’re great.” I actually already know we’re pretty great. AND I know there’s a time and place to “level up”.

Being an amateur is one thing. Doing a mediocre job is another thing altogether. This year, we’ve been practicing at committing to less, but committing more fully.

As a case in point, if you were part of the Great Work MBA you’d have known it was an excellent week of learning. 25 truly wonderful speakers and an opportunity for me to show you my favourite five shirts.

For the Box of Crayons team though, it was three months of solid graft.

When it first came up as an idea, I had no idea of how much work it would be. In fact, I thought it would make a pleasant side project. A little dalliance to see what it would be like, an amuse-bouche to refresh the palate.

And then I caught sight (again) of this quote from Charles Bukowski that’s on the wall by my computer:

“If you’re going to try, go all the way. Otherwise, don’t even start.”

So we gave it our very best shot. The best speakers, well curated. Investment in the branding. New equipment for the best possible recorded experience. Worrying about “continuity” (even to the extent of having regular haircuts). Creating sketchnote summaries of each talk. It was our best go of doing it the best we could.

Next time around, we’ll do a bunch of things differently.

But did we give it our best shot?

2 Responses to Grow Your Brain