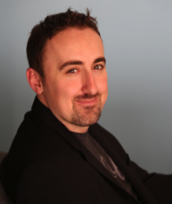 I’m really excited to be talking today with one of the leading thinkers in habit building. Tony Stubblebine is the CEO and co-founder of what used to be a habit app called Lift, but has evolved to become much more than that. Lift 2.0 offers a community to help people achieve their goals, through habit building and also through coaching.

In this interview, Tony and I discuss:

Listen to my interview with Tony Stubblebine.


0:01:27: Tony explains how he evolved as an entrepreneur from simply striving for success, to aiming to have a significant impact on the world. He notes that he realized he wanted to build a company that would help people go from being average to being superhuman. Michael and Tony discuss the merits of performing meaningful tasks, emphasizing the idea of “quality over quantity.”

0:05:13: Michael and Tony elaborate on why North Americans adopt the idea of “busyness” – doing work for work’s sake, even if it isn’t meaningful. Tony explains how he has evolved Lift 2.0 to incorporate coaching, as well as habit-building support.

0:10:09: Tony explains that there are multiple successful ways to look at a habit. He talks about the two schools of thought on forming habits, one emphasizing positive reinforcement, the other, a changed mindset. Tony notes that the approach based on positive reinforced and repetition ultimately leads to forming a new mindset.

0:15:03: Michael points out the conflict between striving to be authentic vs. aiming to be “all you can be.” Tony recalls a quote from Dilbert cartoonist Scott Adams, explaining that people don’t have to be the best in the world at any one thing to succeed, they simply have to be in the top 10% at two different things.

0:20:04: Tony and Michael discuss the concept of the reluctant manager, and cite examples of people (including Tony) who initially resisted leadership roles, only to go on to great success as managers. Tony talks about the power of simplicity, and notes that he wants Lift users to realize their own version of being superhuman, rather than having if prescribed by Lift. He concludes by directing listeners to Lift.do to learn more and download the app.