Srinivas Rao is the perfect person to suggest essential books for productivity and creativity. He brings together both so elegantly in his podcast The Unmistakable Creative, where he’s interviewed over 600 people, from entrepreneurs to performance psychologists to cartoonists, getting to the core of how they have blazed their own trails and rejected the pressure to do conventional work.

He has a new book out, titled Unmistakable: Why Only Is Better Than Best, which examines how we can put our energy into creation rather than constantly compare and compete. Stay tuned for my Great Work Podcast interview with Srinivas next week on December 21.  You can follow him on Twitter @UnmistakableCEO.

Take a look at Srinivas Rao’s five essential books for productivity and creativity:

Book 1: The Happiness Advantage: The Seven Principles That Fuel Success and Performance at Work

Shawn Achor gives some of the most practically applicable advice on the subject of happiness out there. This book has helped me not only increase my productivity but also accomplish some of my most important goals.

Not only is it filled with inspiring life lessons and amazing stories, Tiny Beautiful Things is beautifully, poetically written.

Book 3: A Million Miles in a Thousand Years: How I Learned to Live a Better Story

It allows you to look your own life through the lens of story. And it’s a beautiful deconstruction of the hero’s journey.

Erik is one of the most thought-provoking speakers and thinkers of our time. This is a book about pushing the edges of both art and commerce.

Shoe Dog: A Memoir by the Creator of Nike

It’s an inspiring look at the incredibly humble beginnings of Phil Knight’s billion dollar brand, which began with him selling shoes out of the trunk of his car. 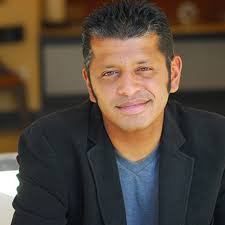 Srinivas Rao has interviewed over 600 people on his podcast The Unmistakable Creative. This has given him a distinctive view into branding, storytelling, and marketing. Somewhere along the way his compass led him in the direction of an economics degree from the University of California at Berkeley and an MBA from Pepperdine University. He’s also the author of a new book titled Unmistakable: Why Only Is Better Than Best. The book outlines how, rather than constantly compare and compete, we can put our energy into creation. We then have a chance of not being the best, but the only at what it is we do.