Three “Alternative Facts” about Coaching in Organizations We Need to Debunk 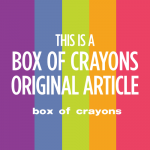 We’re all learning plenty about fake news and alternative facts at the moment, and not in a good way. But it’s not just Sean Spicer and Kellyanne Conway who are making sh*t up, though those two are doing it in a particularly egregious and terrifying way. There are all sorts of areas where it’s worth challenging the dominant rhetoric, and figuring out what’s true versus what’s just lies or myth.

(And to be clear, this isn’t close to being as important as challenging the #MuslimBan or fighting Trump’s attack on the judiciary. If it’s a choice between engaging in that and reading this … take Option 1, please!)

But for many busy manager and leaders, being told they now have to Be A Coach just makes them roll their eyes. They’re simply trying to be a good manager, a good person, and to get things done. They’re not anti-coaching. But they don’t harbour any particular desire to be A Coach.

And I’m with them. We probably have enough coaches in the world right now.

What I do want, though, is for managers and leaders to be more coach-like. That means two things:

This downgrade in expectations comes as a relief to many managers and leaders. It makes the whole idea of coaching seem more possible and less burdensome, more useful and less faddish. Now they don’t have to change their personalities, or abandon all the management tools they use that already work. They just have to stay curious longer and offer up advice giving and action more slowly.

In short: Don’t be a coach. Do be more coach-like.

Then there’s the assumption that all of this coaching stuff is for the touchy-feely people who hang out in HR or maybe in Learning & Development. You’ve got to have feelings. You’ve got to talk about feelings. It’s a pastel-coloured love-in of appreciation. Incense might be a useful addition.

And of course, that’s ridiculous. The purpose of coaching in organizational life is twofold. First, to get the right stuff done in an effective way (i.e., task-focused). Second, to ensure the right person is doing that right stuff, and that they’re learning as they go — so they can increase their confidence, engagement, competence and autonomy, so they’ll do it faster, better, more easily next time (i.e., person-focused).

None of this requires a special insight into people’s souls, the ability to see auras or a preference for music by Enya.

It does, however, require the discipline to ask good questions (here are the seven I recommend). It does require the willingness to stop jumping in and giving the answer, offering the solutions, suggesting the action. And, it turns out, everyone — not just “people people” — can do that.

In short: If you interact with other human beings, you can be more coach-like.

Let’s start with what research tells us is the biggest barrier to why busy managers don’t coach: they feel they just don’t have the time.

That’s not unreasonable. In the first place, nearly everyone’s feeling stuck in the swirl of overwhelm. Too many emails, too many meetings, too many “strategic priorities,” too many dotted lines, too many direct reports. Even with a gadget by our side day in and day out, we’re feeling behind. We don’t feel we have enough time for anything.

And then, coaching comes with the added burden that it’s assumed to be a slow, meandering, slightly ponderous experience that takes 30 minutes or more to conduct. You even schedule coaching sessions in your calendar, a surefire way to have the coaching expand to take the time allotted to it.

But it doesn’t have to be so. In fact, for coaching to work in an organization, it can’t be so.

Our belief at Box of Crayons is you can coach in 10 minutes or less. For this to happen, a few things need to be clear:

We’ve worked with tens of thousands of managers in all sorts of organizations around the world. They’ve all discovered that coaching is not only something they can do quickly but something that can have a significant impact in 10 minutes or less.

In short: Coaching is at its best when it’s fast, every day and transforms the way you currently interact with others.

Coaching Is Essential in Organizational Life

The Conference Board’s 2016 Global Executive Coaching Survey notes that only 20 percent of the 181 companies participating in the survey were not actively trying to build a coaching culture. It’s clear: managers and leaders need to up their game on coaching. But persistent myths are part of what makes it harder for these managers to shift their behaviour and do things differently.

It’s time to debunk those myths. So:

Don’t be a coach, but do be a manager who’s more coach-like. That’s something everyone can aspire to.

Don’t think you have to be a “people person” to do coaching. You just need to stay curious a little longer and be slower to rush to advice giving and action.

Don’t think of coaching as an additional time suck but as a way of transforming what you currently do … and in way that takes 10 minutes or less.

Cash Prizes and Coaching Goodness!
Can You Hear That? (Great Work Provocation)