Why It’s So Important to Have Courage 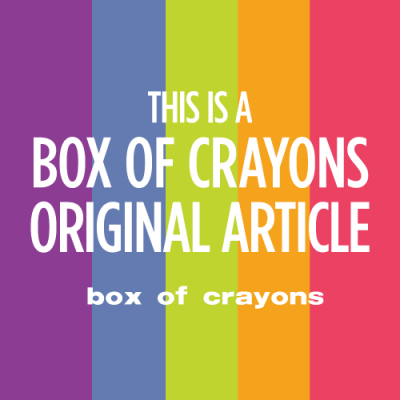 To do your Great Work, you need three attributes: focus, courage and resilience. But at the forefront of it all should be courage. According to the late and great Maya Angelou, “Courage is the most important of all the virtues because, without courage, you can’t practice any other virtue consistently.”

It’s one thing to know what to do; it’s another thing altogether to have the heart to step out and do it, knowing that that very act might create some resistance, some upset, some confusion. That is courage.

It’s more comfortable, it’s safer, it’s less courageous to keep small and not take that first step. But knowing now that courage is the most important virtue of all, why would you ever want to play it safe?

What will you say no to, so that you can say yes to something else that really matters?

This is one of the big questions that lie at the heart of courage. It’s a question I try to ask myself and those who surround me as often as I can.

The reason saying no can be so hard is because you aren’t just saying no to a task, you’re actually saying no to a person. But learning how to say no is at the core of doing more Great Work. It takes courage to turn a person down and face the upset and resistance you may cause by doing so.

But guess what? Courage works like a muscle — it grows stronger with use. Knowing when to say no is what helps your Great Work take shape. Focus and strategy are all about saying no to the good things you want to say yes to. Saying no to this means you can say yes to that. And that “that” is what will bring you closer to your Great Work.

What have you dressed up as calm to hide a lack of courage?

Making a choice is an act of courage in itself because it involves saying no to someone. If everybody is happy, you’re probably doing lots of Good Work . . . but not much Great Work.

Take a look around you. Where could you push the boundaries? How might you do more Great Work? What should you change?

In her awesome book Daring Greatly: How the Courage to Be Vulnerable Transforms the Way We Live, Love, Parent, and Lead, Brené Brown wisely connects courage to vulnerability, and the willingness to be vulnerable. Brené says, “Vulnerability sounds like truth and feels like courage. Truth and courage aren’t always comfortable, but they’re never weakness.”

Being courageous means looking at what appears to be calm and challenging it. It means disrupting the composed and comfortable by being truthful and vulnerable.

What will you say no to now, as a courageous first step?

Insight without action is nothing. So act!

“Are you paralyzed with fear? That’s a good sign. Fear is good. Like self-doubt, fear is an indicator. Fear tells us what we have to do. Remember one rule of thumb: the more scared we are of a work or calling, the more sure we can be that we have to do it.” These words come from Steven Pressfield’s The War of Art: Break Through the Blocks and Win Your Inner Creative Battles and they’re sort of perfect here, aren’t they?

Being brave is not the absence of fear; it’s having the courage to forge ahead despite it.

What have you been too afraid to change? What will you say no to now, as a courageous first step?

8 Responses to Why It’s So Important to Have Courage