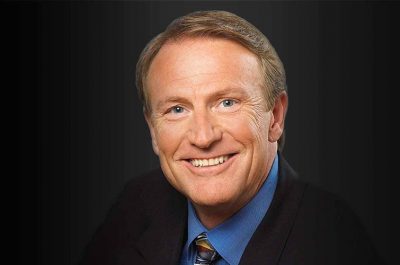 Michael: Yes, indeed, this is the Coaching Habit podcast. I am Michael Bungay Stanier, and I am talking to Mark C. Thompson, leader of schwab.com back in the day, founder of Sir Richard Branson’s entrepreneurship centers, advisor to the Stanford Realtime Venture Design Lab, where he’s a visiting scholar of his Alma Mater, Stanford University, has been on Faculties of the World, Economic Forum, The World Business Forum, a coach for the Ted Fellows, a man of many talents, and truly one of the leading executive coaches in the world today, not to mention his prowess as a keynote speaker as well. So, Mark, we’re lucky to have you, thanks for being on the call with us.

Mark Thompson: Thank you for having me along, I appreciate the ride Michael. You’ve been doing great work for the world.

Michael: Oh, thank you. So, Box of Crayons, all about giving practical managers practical tools to do practical coaching. And the heart of that, of course, is, give me a good question. Because the driver for curiosity is a great question. So, whenever I’m talking to thinkers, leaders, academics, coaches on this podcast, I’m always curious, what’s the best question for you? What’s the question that you truly love? So, Mark, let me put it to you. I know you used many questions, but if you had to pick one as a go-to powerful question you love, what would that question be?

Mark Thompson: Well, it’s so important for people to first look at when was it that they felt the most alive, and who were they with? What were they doing? And unpack what that really means to them, so that they can play as many of those values and emotions and passions towards what they want to accomplish in their life and work. When were you the most alive?

Michael: So, how does that question help you connect to values? I mean, I understand it makes me feel good ’cause there’s a rush of dopamine as I remember that good time, but you’re saying you take it to another level. How do you do that?

Mark Thompson: So, we believe that there are really different people in your brain. That there’s one who really sets the goal, and there’s the one who actually gets it done. There’s the one that drives your actions, and there’s the one that’s fluent in language. And so, starting in this emotional place allows the person to start to ask when do you feel the most alive? That emotional connection is really what is a part of how you’re … The person who actually gets things done and has accomplished things, usually makes an emotional connection first, and then supports it with this rational, objective, goal-setting, high performance individual.

That we are two people in one. And there’s lots of images of, I think, over history in media that we see where you have two different characters sitting on your shoulders and, in fact, we often feel those conflicts in our lives. So, one of the things that we need to do is realize that we are emotional building blocks that add up to physical outcomes and actions that we have. And I think I can get away with saying that ’cause I’m a finance guy. I’ve helped build great companies, and it sounds pretty touchy-feely, but it’s really about getting that sense of what drives you. And that’s what’s going to make you resilient when you’re knocked down, that’s what’s going to be able to bring you back to being focused on the outcomes when you’re having setbacks, difficult conversations, challenges, with others …

What’s gonna really bring you back and make you feel alive about this work, this team, and this objective?

Michael: And part of what I like about this, and we talked about this in the main interview as well, is when people often are asked to come up with their list of what do you think your values are? It’s a very head-based exercise. In theory, here’s what I think my values are. But what you’re doing is making this tapping into history and somatic body-based learning to be a resource of I’m actually drawing the values from reality. So, I’ll give you an example.

One of my values … It won’t mean anything to people listening in, but it’s actually called Naked on Stage. Because when I was at law school, I did this review, skit review, called synchronized nude male modeling. And myself and another guy backed on the stage naked and we went through these motions and poses to Ravel’s Bolero, and then we backed off again. And it was fun at the time. But as I think on the time where I’m like, I’ve rarely felt as alive and as thrilled and as excited as doing that.

So, Naked on Stage, that’s never a phrase you’re gonna come up just by intellectualizing what your values are, but ’cause it’s so rooted in my history, I totally get what that stands for.

Mark Thompson: It’s something that ends up being so instructive too, as you think about the patterns in your life. We were talking earlier about how we tend to repeat certain behaviors, and repeat certain things. It’s often because we make one set of resolutions or goals over here on the right, and on the left, this is the stuff that we actually do over and over again. So, looking closely at why you felt so alive and so emotional about that, and unpacking what would be the shortlist of the three to five reasons, other than exhibitionism where you’re naked on stage. There might be some performance there, there might be a sense of now wanting to be less inhibited somehow in your life going forward, maybe now a need to help others find their presentation mojo. I can see a lot of those things flowing from that.

Michael: For sure. And there’s a reason we don’t do video on this podcast. I don’t want to go into anymore details than that, but it’s best definitely not to be filming right now!

Mark Thompson: Yeah, too much information.

Michael: Mark, this has been super useful, a great question. For people who want to find out more about your work and what you’re up to in the world, where would they go?

Mark Thompson: They go markcthompson.com. That’s M-A-R-K-C-T-H-O-M-P-S-O-N dot com. Looking forward to talking with you and reaching you to me, thank you.

Michael: Perfect. And I think on that website, there’s probably information about your keynotes and about the three books you’ve written. Is that primarily what’s there?

Mark Thompson: You’ll find the books, you’ll find a background on the keynotes that we present. The books are called Admired: 21 Ways to Double Your Value, Now … Build a Great Business, and Success Built to Last: Creating a Life That Matters.

Like a daily dose of inspiration! Get blog posts
delivered directly to your inbox.
Get email updates
Get RSS updates
Coaching Not Sticking?
Todd Gilchrist on Refining a ‘People Strategy’