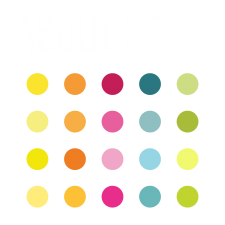 Box of Crayons was founded by Michael Bungay Stanier in July 2002. How did he get there? As Michael moved from Boston to Toronto, the consulting job he had lined up fell through. Next, the contract job he had found in lieu of that petered out. So Michael created his own work, and just like that, Maida CC Inc. was born. While preparing to give a talk about branding to his local coach chapter, Michael realized his own company name was not much of a brand. Minutes before going on stage he renamed it Box of Crayons.

In this period, Michael began to build a reputation as an original creator of useful content, based on videos, articles, podcasts and books: Get Unstuck & Get Going (2008), Do More Great Work (2010) and End Malaria (2011). End Malaria was a philanthropic project done in partnership with Seth Godin and raised more than $400K for Malaria No More. During these years, Box of Crayons also launched The Great Work Podcast, with more than 300 episodes featuring thought leaders and practical insights.

In the meantime, Box of Crayons started to narrow its focus. It closed down the executive coaching and consulting arms, and focused primarily on learning and development.

The business author Jim Collins says that once successful businesses have figured out their strategy by “firing bullets”, they should commit and “fire their cannonball”. In these years, Box of Crayons plucked up its courage to focus increasingly on practical coaching skills for busy managers.

We built a reputation for innovative, practical and enjoyable training that rethought how coaching worked inside organizations and that was delivered by a faculty of outstanding program leaders. We won our first, long-term and large scale client, TD Bank.

The publication of The Coaching Habit in 2016 changed things again. The unprecedented success of the book, with more than 700,000 copies sold to date, brought Box of Crayons to the attention of a wider range of clients. Not only did we find ourselves delivering training programs to clients as diverse as Gucci, The Sydney Opera House and the Gates Foundation, we also found ourselves increasingly doing more long-term and large-scale interventions with clients such as TELUS.

The business quadrupled because Box of Crayons formed an inhouse sales force supported by an expanded operations team, making it possible for Box of Crayons to become an organization capable of meeting the requests of a newly interested and expanding client base.

In mid-2019, Shannon Minifie became the new CEO of Box of Crayons and Michael stepped into the Founder role. Box of Crayons redefined its mission in order to go beyond coaching skills training. With the rallying vision of helping organizations move from “advice-driven to curiosity-led”, Box of Crayons focuses its attention on partnering with large, global organizations, delivering our programs in multiple formats across whole enterprises to drive cultural transformation.

As Box of Crayons redefined its mission, it was clear that our values needed to be re-evaluated in order to serve us. We’re a values-led company and we’ve made a commitment to put our values into action. Our values are for us: to help us make decisions, to help us navigate the sticky situations and to help us ground in shared ways of being with one another at work. We want them to animate how we engage one another, and set guidelines for how we show up in the world. 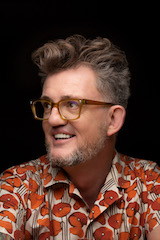 Michael’s the author of several books, including The Advice Trap, The Coaching Habit and Do More Great Work. He has written for and been featured in numerous publications including Business Insider, Fast Company, Forbes, The Globe & Mail and The Huffington Post.

Since stepping away from the CEO role, and into the Founder role, Michael has also launched a new organization: MBS.works.