Chris Ducker on Having Inspiration and a Compass 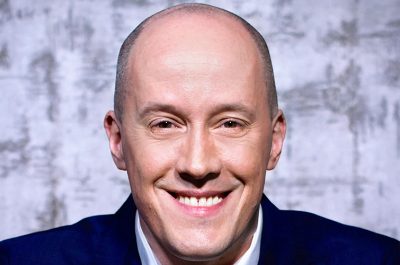 Chris Ducker is a serial entrepreneur and bestselling author. He’s also launched and grown 3 business that house over 400 full-time employees, internationally. In this short episode, Chris shares with us the insight he gets from people that inspire him on both the work and home fronts.

Also mentioned in this interview:

Michael: It’s Michael Bungay Stanier, The Coaching Habit Podcast, of course. And if you’re listening to this, there’s a fair chance that you’re one of our exclusive subscribers, meaning that you’ve just signed up for our newsletter, or my you’ve subscribed on iTunes, because this is one of the episodes we have where we keep a little bit hidden from the general world because we want it to be special, because it is special, because what we do is we ask our guest, and they’ve already had a longer interview with us, and then they’ve shared their best question.

This short interview is where we ask them about what are the two favorite sources of wisdom they have in their life. It might be a books, or podcast, or thought leaders, or ways of being, ways of showing up, who knows. But I’m always curious to know what people keep on their top shelves, the resources they keep coming back to. I’m speaking with Chris Ducker, serial entrepreneur, author of a couple of great books, first of all Virtual Freedom, which is all about how to run virtual teams.

And most recently, out this month actually in 20- ah what are we? 2018, February 2018, The Rise of the Youpreneur, which is all about how do you build business that serves the world and centered on who you are and what strengths you bring into this world. Chris is based in Cambridge, England, although he’s currently hanging out in Philippines where he’s lived for the last 15 or so years. Founder of youpreneur.com, founder of the Youpreneur Summit. He’s really pushed all his chips into the center of Youpreneur and gone, this is what I stand for in the world. So Chris, welcome.

Chris Ducker: Thanks for having me, man, I appreciate it.

Michael: My pleasure. So tell us, you and I and lots of people get exposed to all sorts of content and insights and wisdom all the time, but some stuff sticks. So I’m wondering if you had a go-to source of wisdom, what would the first one be that you’d mention.

Chris Ducker: Well, Sir Richard Branson is really, for me, the one person that I have gone back to over and over and over again in my entrepreneurial career. I mean I think just books in general … I’m a big reader, I do probably two books a month. Some people would probably say that’s not much of a reader, if they’re doing a lot more, but for me, doing two books every single month for the last, good gosh I don’t know 10 odd years, pretty consistently.

Michael: Yeah, that adds up to a lot of books.

Chris Ducker: It’s a lot of books. You’re right. And so I think books in general are a great way to be able to learn and take action on. But in terms of individuals, Sir Richard Branson, without a doubt, has been the biggest instigator for me.

Chris Ducker: Well, even though I’m not involved day-to-day with two of my larger businesses, which combined house around 400 employees, I still own them outright, I don’t have partners. But I don’t run them day-to-day anymore. But I’m still employing 400 people, Michael, it’s not small amount of people. And there was something that Richard said, probably, I think I read it from him initially maybe six, seven, years or so ago, and I’m paraphrasing here a little bit. But he said something along the lines of, “You want to train your employees so well that they could leave for another job tomorrow, but you want to treat them so well that they never want to.”

Chris Ducker: It’s huge, particularly for a guy like me who does have businesses that are quite manpower heavy. And so the worst thing that anybody wants, whether you’re small, medium, or large size company is staff turnover. It costs way more than you think it does in the short and the long term. And so if I can do anything to stop somebody from leaving me and going to one of my competitors, or even not a competitor, just leaving me after a year or two of working for me, I’m going to go ahead and do that. It’s just been huge. And that one thing from him. And just his overall zest for life, and the entrepreneurial way, it’s hard not to be pulled in by his magnetism, you know what I mean?

Michael: He is a very smart, charismatic man. And I love the fact that he’s dyslexic, and very up-front about that. Because one of the things that I read, which is a bit of a side note, is a disproportionate number of entrepreneurs and CEOs are dyslexic, in part because when you get to that more senior, or higher level, you need to be visual in how you think about the world because that’s what strategy is.

It’s seeing the landscape and plotting a way through that landscape. And actually in some ways dyslexia is another form of intelligence that it actually makes you stronger to have that visual intelligence. And therefore quite often a more strategic thinking mind as a result.

Chris Ducker: Absolutely. And I mean that’s one of the reasons why I just love him so much is he’s just not given up. He’s just pushed through everything. And the other person …

Michael: Yeah, he’s cool. Yeah, give me another one. Sorry. Yeah perfect.

Chris Ducker: No, I was going to say, the other person that I really do genuinely pay attention to is my wife. Some husbands might disagree with me on this one, but I listen to every single thing that my wife says to me when it comes … particularly when it comes to the business side of things. She has been my biggest supporter, my biggest fan, my biggest rock. She’s helped me through thick and thin. And she’s stayed very, very true to her word and stood by me all the way. But she’s also extremely smart.

And I think behind, or at least to the very side of every great leader there is a good partner. And she genuinely has helped me through so many struggles. And I’d like to say that I ignore her more often than not, but I don’t. I really do pay attention to everything she says because she’s just do damn smart. So I think I’ve got things covered between Mrs. Ducker and Sir Richard Branson, I think I’m good.

Michael: You know, I heard a variation on that, which is behind every successful man is a surprised woman.

Chris Ducker: I love that.

Michael: And I’m sure nothing’s as swappable, but is it your wife’s unmitigated support that was valuable, or is it … and this is not and/or, it could be and/or … And this is me projecting because this is the role Marcella my wife plays for me. She’s also a truth speaker to me in a way that others aren’t. She can just be blunt with me and leave me bleeding on the floor, but in a good way about some of the stuff that might be going on. And I’m just curious for you how that shows up for you and Mrs. Ducker.

Chris Ducker: I think it’s both. I think it’s both. I think that she … It is good to have the support, and she’s clearly my best friend as well as my wife and mother to our kids, but I mean I put all that to one side, she’s just so bloody smart. And I’ll tell you what, she has such an incredibly sensitive BS indicator that … I like to think that I can smell that from a mile away as well, but I’m not as good as her. And she has, more often than not, indicated to me that I must be careful with this, or I must tread slowly into this direction. And whenever I follow advice I always come up on tops. So, yeah, I mean definitely a combination of the two. Definitely.

Michael: Perfect. So your wife may not be available to others for insight and wisdom, but the bigger picture there is who’s in your inside team, the one who can be the champion for you, the truth teller for you, the kind of compass for you to give you guidance and information which you may not get from other parties, but you just know that they’ve absolutely got your back. Chris, it’s been a pleasure. I’m excited about your new book. Congratulations, it’s such a thing to get out into the world. You and I worked with Page Two, our publishing consultants and champions to get your book out, and it’s beautiful as I knew it would be because there’s such great people to work with.

Chris Ducker: They are. They’re great.

Michael: For people who want to check in on you and check in on the book, point them to where they can find you.

Chris Ducker: Well they can visit my personal site, which is chris.com. My blog, my podcast are over there. Everything that I do from a day-to-day basis. If they’re interested in the book they can just search for Youpreneur, that’s Y-O-U preneur on Amazon or just visit youpreneur.com/book.

Michael: Perfect. Chris, it’s a total pleasure. Thank you so much.

Like a daily dose of inspiration! Get blog posts
delivered directly to your inbox.
Get email updates
Get RSS updates
Aicha Evans on Where She Gets Grounded
Selena Soo’s One Best Question